Thanks to Ride Sheffield volunteer Will Blomfield, we have recently carried out a very successful survey intended to establish just how important the Peak District is to riders from Sheffield and beyond.  The initial impetus for the survey came from the realisation that one of the hottest topics for local riders was Derbyshire County Council’s ongoing trail sanitisation programme.  A number of Ride Sheffield members pointed out that this kind of work was making it less likely that they would visit the Peak District and therefore the economy of the national park could be damaged.

However, we needed proof.  Will’s survey has established beyond doubt that DCC’s trail maintenance is having an effect right now and the implications are enormous.  Over to Will Blomfield:

“Thank you so much to everyone who took the time to complete our recent Peak District MTB Rider Survey.

The level of response was fantastic with over 1200 surveys completed in less than a month. Although the majority of responses were, unsurprisingly, from riders based in Sheffield and Derbyshire, we had responses from every part of the UK and even abroad. It just goes to show what a world-class biking destination the Peak District is!

The publication of the survey has generated a lot of interest in the economic benefits of mountain biking to the Peak District and has really served to highlight that trail sanitisation is probably the key concern of regular riders in the Peak.

Detailed analysis of the responses is available on request but the key findings are:

Armed with the data the survey has produced, Ride Sheffield (RS) are lining up with groups such as Peak District MTB to persuade Derbyshire County Council (DCC) to wake up to the economic benefits of mountain biking and in turn adopt a more consultative approach to trail maintenance.”

Will’s work is already bearing fruit.  The existence of the survey has led to a forthcoming meeting between Ride Sheffield and Allison Thomas, a councillor from DCC who is Assistant Director for Planning and Environment.  At the meeting, RS intend to demonstrate that maintenance needn’t render a trail bland by using examples of some of the excellent work that has been done in the Sheffield area.

We will also impress upon them the excellent relationship we now enjoy with Sheffield Rights of Way team and that co-operative working, far from slowing down their work, makes for less conflict and greater enthusiasm from volunteers.

So, thanks Will.  This could be the breakthrough we’ve been waiting for….

After a great couple of sessions on Blacka and at... 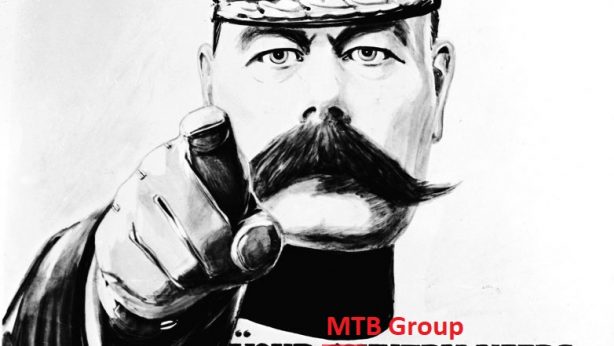 The followers of Ride Sheffield are generally a supportive bunch,...